It’s one week before the State Indoor meet and our team is back in action at the “Last Chance Invitational”.
This two day meet is huge, with 86 teams from Alabama and Mississippi in attendance and several of the events having more then 200 athletes competeing.

For the girls, Marcha Coney, Zoriah Trammell, Sharnell Walker and Arizahn Mendoza all established solid, first times in the 60m dash though they did not move on to the finals.
In the 60m Hurdles, Kelcie Johnson and Brianca Tramell did not move on to the finals but both girls beat the old Sparkman, Record Time for this event. Brianca just edged out her team mate for the honors with a time of 11.02 ! 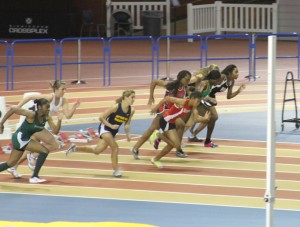 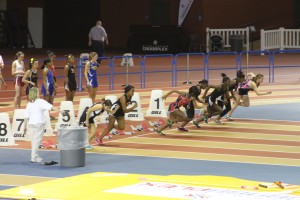 Gabrielle Griner competed in the Polevault once again clearing 8′ to give her a tie for 12th in the field of 26. While she continues to be the top Middle School Vaulter in the state, she has quite a challenge to score against the state’s best, HS Varsity Girls. 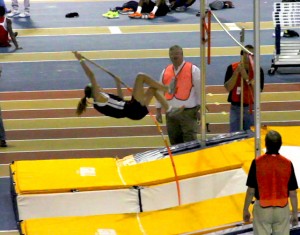 On the Boys side, Aj Shines and Miguel Rivas set solid initial marks in the 60m Dash and Greggory Coffee set an initial mark for himself in the 800m Run. Decathlete, Ben Dailey set a NEW Sparkman Record in the 60m Hurdles, improving on his old time by over 2 tenths of a second! None of our boys moved on to the finals in these extremely competitive events. 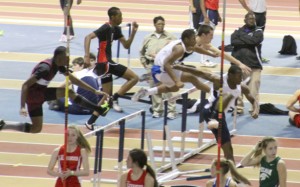 In Field events action for the boys, James Rich and Miguel Rivas competed in the Long Jump. This was James’ first try at this event but Miguel smashed his old PR by over a foot, turning in a mark of 15′ 3.5″!

Saturday the action really heats up. The boys and girls teams will be competing in the 200, 400 and 800m relays and two of our girls (Bailey and Renita) running the 1600m.

Field events will see Sharnell and Brianca in the Long Jump and Kelcie in the High Jump.
For the Boys, Ben will be challanging in the PoleVault and High Jump and Sparkman will be unleashing an all-out assault on the Shot Put with 8 boys entered. 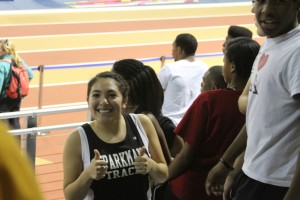 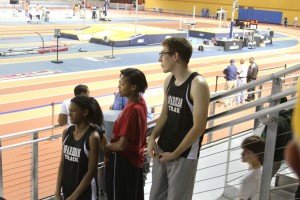