The “Big Cat” Invitational had some “big results” for our Senators. 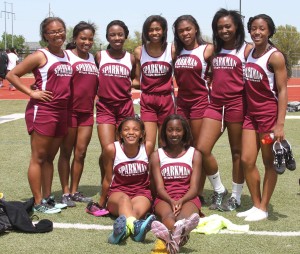 At the 2014 Big Cat Invitational

Congratulations To Our 1st Place Winners!

11th grader – Rob Russell Winning the Boys Polevault with a jump of 12′-6″
Rob is currently the TOP ranked, 6A vaulter in our region!

8th grader- Lauryn Hall Won her FIRST Varsity race with a spectacular time in the Girls 100m! This was her first varsity competition and she came within .04 seconds of the Sparkman Record!
Her time was the 2nd fastest time IN THE STATE for an 8th grader this year and the 2nd fastest, 6A VARSITY Time from our district! We’re looking forword to seeing her progress over the next four years!

Congratulations to our other medal winners!

… and to our point scorers!

We also had 14 other Senators score NEW P.R.s in this meet!